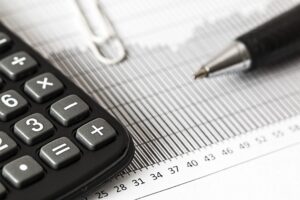 Over the last couple of years we have seen a rapid increase in the use of Company Voluntary Arrangements (CVA’s), with the likes of Mothercare, Carpet Right, New Look and Debenhams proposing such arrangements. Since 2016, the number of retailers opting for CVA’s has doubled. In the last few weeks the CVA proposed by Sir Philip Green and his Arcadia Group has caught the attention even more with the Group’s range of high profile brands such as Top Shop, Wallis, Burton and Dorothy Perkins covering 566 UK and Irish stores.

Retailers are facing numerous headwinds as shopping habits change with customers moving to online shopping, high business rates and an increase in other costs. The retailers are shouting loud and hard that lease terms are draconian, long leases with upwards only rent reviews and shop units being ‘over rented’ and they have been paying too much for space they occupy. As a result retailers with large portfolios are turning to the use of CVA’s to renegotiate rent obligations with landlords with evermore frequency.

The benefits of CVA’s cannot be overstated for retailers. If agreed they can reduce overheads in one clean process in a timely and cost-effective way. Furthermore they are able to be released from the lease obligations of the most unprofitable premises and keep open ones they wish to retain. Arguably, and particularly whilst a retailer is still trading, a CVA can reduce an impact on creditors. Whereas should a business go into administration, the trading ability and control is significantly weakened.

For Landlords, however, not unsurprisingly they have offered stiff resistance to CVA’s as some of the largest retail landlords such as British Land, Hammerson and Intu all reporting significant losses in the value of their investment portfolios. British Land for example have reported a 16.9m annualised rent impact as a result of CVA’s over the last 2 years with 61 stores subject to closure. Nevertheless, landlords are faced with a difficult choice of either accept a rent reduction or start looking for new a retailer in a difficult market. Grudgingly most landlords are choosing the former option.

Advice I would give is to act expediently, review and understand the terms of the proposed CVA as most covering a portfolio will group assets into categories depending upon the profitability of a particular store. See if it is possible to seek a consensus with other creditors that may be able to put together a sufficient bloc, to win amendments to the proposal. In the case of the Arcadia Group proposal landlords made it known they would object to the CVA proposal in its original form and where were forced to reduce the percentage reductions in passing rents and make other concessions to win the support of landlords.

Unfortunately, it is clear in light of difficult economic climate facing retailers CVA’s are here to stay. Consumers shift to on-line shopping is not going to reverse and this is borne through with over 1,200 retailers collapsing in 2018. Clearly there have been calls about the over use and possible abuse of CVA’s, and as a result there have been calls for reform. Like most insolvency proposals there will be losers and winners. I suspect any reform will be limited to the curbing of obvious abuse. I read a quote recently by Richard Hyman, an independent retail consultant who said; “What is 100% certain is that retailers can’t carry on paying the rents they have historically. There’s less money in the pot to fund it and the pain has to be shared by the landlord as well as the retailer”. Maybe he is right, time will tell.

Paul Palmer, TDA Head of Assets and Facilities Management, can be contacted on paul.palmer@tda.uk.net

We use cookies on our website to give you the most relevant experience by remembering your preferences and repeat visits. By clicking “Accept All”, you consent to the use of ALL the cookies. However, you may visit "Cookie Settings" to provide a controlled consent.
Cookie SettingsAccept All
Manage consent

This website uses cookies to improve your experience while you navigate through the website. Out of these, the cookies that are categorized as necessary are stored on your browser as they are essential for the working of basic functionalities of the website. We also use third-party cookies that help us analyze and understand how you use this website. These cookies will be stored in your browser only with your consent. You also have the option to opt-out of these cookies. But opting out of some of these cookies may affect your browsing experience.
Necessary Always Enabled
Necessary cookies are absolutely essential for the website to function properly. This category only includes cookies that ensures basic functionalities and security features of the website. These cookies do not store any personal information.
Non-necessary
Any cookies that may not be particularly necessary for the website to function and is used specifically to collect user personal data via analytics, ads, other embedded contents are termed as non-necessary cookies. It is mandatory to procure user consent prior to running these cookies on your website.
SAVE & ACCEPT