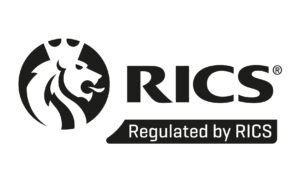 This year is the 150th anniversary of the Royal Institution of Chartered Surveyors (RICS) an organisation that can trace its origins back to 1868. From humble beginnings with a group of 20 railway oriented surveyors who came together to form the Institution of Surveyors to today a truly worldwide organisation of some 125,000 members. The Institution is recognised across the world as a leading professional body, promoting and enforcing the highest international standards in the valuation, management and development of land, real estate, construction and infrastructure.

20 years ago when I became a student member of the RICS I had little understanding of the role the organisation played in helping to shape the future of our built environment. Becoming a Full Member of the RICS a few years later was a significant achievement for me in my professional career. The organisation is extremely diverse offering career paths over many specialised areas. I am now very aware that being a Member of the RICS also places an expectation on all surveyors, regardless of their specialisms, that we have a key role to play in how we assemble and manage our built world.

Over the last 20 years the organisation has grown enormously, particularly on the global stage with professionals now found in more than 120 countries. The RICS has had to adapt and evolve to retain its place in helping governments shape policy around the built environment. It has also helped in bringing forward internationally recognised standards around the measurement of land and property. For example, the RICS has implemented the International Property Measurement Standards which are now widely adopted. This was to help address significant differences and inconsistencies of approach in how buildings were measured across the world. As property transactions have become more global with international investors, this Standard has facilitated easier and simpler property transactions by removing these local inconsistencies.

The role of the surveyor in the last 20 or 30 years has changed and will no doubt continue to do so. As I have said previously the advent of digital technology and data will play a huge part in how we interact in the world moving forward. What is clear is that urbanisation continues to happen at alarming speed across the developing world. This presents many challenges for the RICS and its members, particularly around issues such as housing, planning, land constraints, climate change etc. These issues are clearly not only on a global scale but can also be felt more locally here in Torbay. National and local government continue to reduce investment in public infrastructure and how we use the land and assets at our disposal will be challenging.

It is fair to say the demand for trustworthy, skilled professionals to facilitate this changing environment will continue for many years to come. The RICS will have big role to play to equip its current and future surveyors with the skills needed to harness and apply changing technology to the benefit and our clients and the society at large.

TDA employs a range of Chartered Surveyors covering many disciplines including building surveyors, quantity surveyors, development surveyors and valuation surveyors. My colleagues and I are extremely proud to be a Members of the RICS and that we work in a profession that maintains the highest standards of competence and ethics.

Paul Palmer is the TDA Estates Manager and can be contacted on paul.palmer@tda.uk.net